NB-IoT vs LTE-M: Here's What The Cellular IoT Buzz Is All About

In short, NB-IoT is ideal for low data rate use cases which do not require high refresh rates (think smart metering) while LTE-M is great for mobility and voice as it supports VoLTE technology for use cases like smart security. Range and battery life are comparable for both.

With cellular IoT technologies like NB-IoT and LTE-M rising in popularity, the Internet of Things is finally moving towards a mobile-first world.

Also known as LTE Cat-NB1/NB2 and LTE Cat-M1/M2, NB-IoT and LTE-M are technologies developed by the global standards organization 3GPP. Here's a table that recaps all cellular IoT technologies made available up to this point:

That's because it is confusing.

The fact that 3GPP is adding both the "5G" and the "NR" (New Radio) branding to their IoT offering starting with release 15 of their specifications isn't helping much either. For example, here's a recent poster they've published:

While interesting to look at, this list of features didn't help us make an informed decision about which cellular IoT protocol is best for a specific use case so we decided to paint a clearer picture instead.

Keep on reading for detailed information about how 3GPP's naming scheme works and why this matters for our in-depth comparison between two of the biggest names in the cellular IoT game: NB-IoT vs LTE-M.

In consumer markets, 5G is all the network providers are raving about in 2020, but cellular IoT requires more than "just" a speed bump or a rebrand to make sense.

Since we're talking about cellular networks, it's important to understand the basics of 3GPP's naming scheme and how they iterate on their technologies.

As clearly highlighted by Ericsson in their cellular IoT "alphabet soup":

3GPP uses the concept of “Releases” to refer to a stable set of specifications which can be used for implementation of features at a given point of time.

If we look at the poster above, we can see that we're currently in the early stages of Release 16, with Release 17 scheduled for delivery in June 2021.

Informally known as NB-IoT and LTE-M, the two protocols were launched in 2017 as part of Release 13, starting out as LTE Cat-NB1 and LTE Cat-M1 (were "Cat" stands for category, "NB" stands for narrowband and "M" stands for machine).

Let's look at both of these protocols side by side.

NB-IoT vs LTE-M: An In-Depth Comparison

Before we jump into the comparison, here's a quick definition for both protocols, together with their first and second generation categories.

Referring back to one of 3GPP's press releases from Feb 2016, NB-IoT is defined as "a new radio added to the LTE platform, optimized for the low [bandwidth] end of the market." In their 2017 Cellular Internet of Things recap, they expand on this concept by highlighting some key NB-IoT features and benefits:

NB-IoT can operate over a system bandwidth as low as 200 kHz and supports a min. channel bandwidth of 3.75 kHz. This gives an unmatched spectrum flexibility and system capacity, in combination with qualities such as energy efficient operation and ultra-low device complexity.

NB-IoT was made with low-power stationary sensors in mind.

Since there is a lot of confusion on the naming, it's important to note that the Cat-NB1/NB2 categories are rather elusive (navigating 3GPP's release documents is arduous to say the least) but crucial to the understanding of NB-IoT.

Here's a table highlighting the differences between the two of them:

Another big improvement with LTE Cat-NB2, especially for remote use, is the introduction of OTDOA (Observed Time Difference of Arrival) and E-CID (Enhanced Cell ID), allowing for higher location accuracy.

But the biggest and most welcome change is in regards to mobility. Cat-NB2 introduces reconnection in device connected mode, unlike Cat-NB1's idle mode-only reconnection which wouldn't allow any sort of mobile functionality.

It's also worth mentioning that NB-IoT is already deployed in many countries across the globe, with particular concentration in the European area:

In the United States, Verizon brought nationwide NB-IoT network coverage to "more than 92% of the US population" back in May 2019, allowing businesses to choose from a variety of data plans for IoT applications.

The main components of LTE-M are a series of low-cost device categories (e.g. Cat-M1 and Cat-M2) and two coverage enhancement modes (i.e. CE modes A and B). LTE-M was designed to reduce the device complexity to make LTE competitive with EGPRS in the MTC market. It supports secure communication, ubiquitous coverage, and high system capacity.

LTE-M offers lower latency and higher throughput compared to EC-GSM-IoT, NB-IoT, and most other technologies in the cellular IoT space. Therefore, it also consumes more energy and isn't employed in as many networks as NB-IoT.

Just like NB-IoT categories, it's also important to understand the difference between LTE-M's categories: Cat-M1 and Cat-M2 (we'll leave non-eMTC technologies like LTE Cat-0/1 to the side for now).

Here's a quick roundup of differences between the two:

For reasons regarding accessibility and ease of deployment, LTE-M hasn't experienced nearly the same growth rate as NB-IoT across many developed countries (and is more concentrated in the North American area):

The Differences Between NB-IoT & LTE-M

Based on the previous definitions and the short video shown above, the differences between NB-IoT and LTE-M can be recapped as follows:

NB-IoT is optimized for:

On the other hand, LTE-M is great for:

This paints a picture where NB-IoT is best suited for low-cost industrial and infrastructure-related use cases while LTE-M is ideal for enterprise customers interested in transportation and logistics, including supply chain tracking.

Here are some of the best use cases for each protocol:

How The Market Is Reacting To NB-IoT & LTE-M

Ever since Release 13, network operators have introduced a number of innovations for their infrastructure, supporting both NB-IoT and LTE-M in some cases.

Here are some stats provided by GSA's Global Ecosystem and Market Status report (released in April 2019 and likely due for an update soon):

Here's a visualization of countries with deployed NB-IoT and LTE-M networks:

But the story doesn't end there. GSA's report also provides us with revealing numbers regarding device form factor and chipset availability:

With 24 commercially available chipsets across both NB-IoT and LTE-M, the IoT landscape is becoming more diversified and affordable, even for enthusiasts.

In terms of form factor, the most popular hardware use case for these chipsets is modules, with asset trackers and other types of hardware "lagging" far behind:

Some examples of devices supporting these chipsets are:

With this data in mind, and considering the differences in performance between NB-IoT and LTE-M, deciding which protocol to use is entirely up to the providers.

A Bright Future For Both NB-IoT & LTE-M

Confusing naming and 5G branding aside, the future is bright for both NB-IoT and LTE-M. Predictions from Statista show that NB-IoT will reach 750+ million connections by 2023, going directly against the non-cellular LoRa technology.

GSMA, similarly to GSA, also reports that a total of 127 commercial networks were launched with either LTE-M or NB-IoT (with the second one taking the lead due to ease of deployment), a trend that shows no signs of stopping.

In a world that's increasingly connected, what's your take on the cellular IoT craze? Let us know in the comments down below and don't forget to share the article! 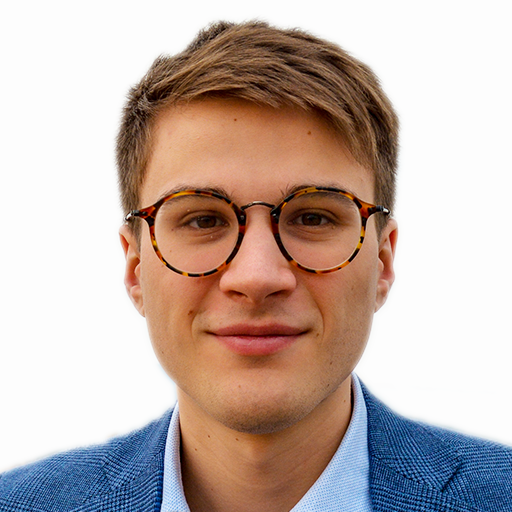 Lupori is a content marketer with a twist. From the beating heart of Italy, he shares his passion for process-based, data-driven solutions. He's an avid (copy)writer and former language professional.
Previous Post
LoRaWAN, NB-IoT

LoRaWAN vs NB-IoT: A Comparison Between IoT Trend-Setters

12 IoT Sensor Types To Keep An Eye On [With Examples]